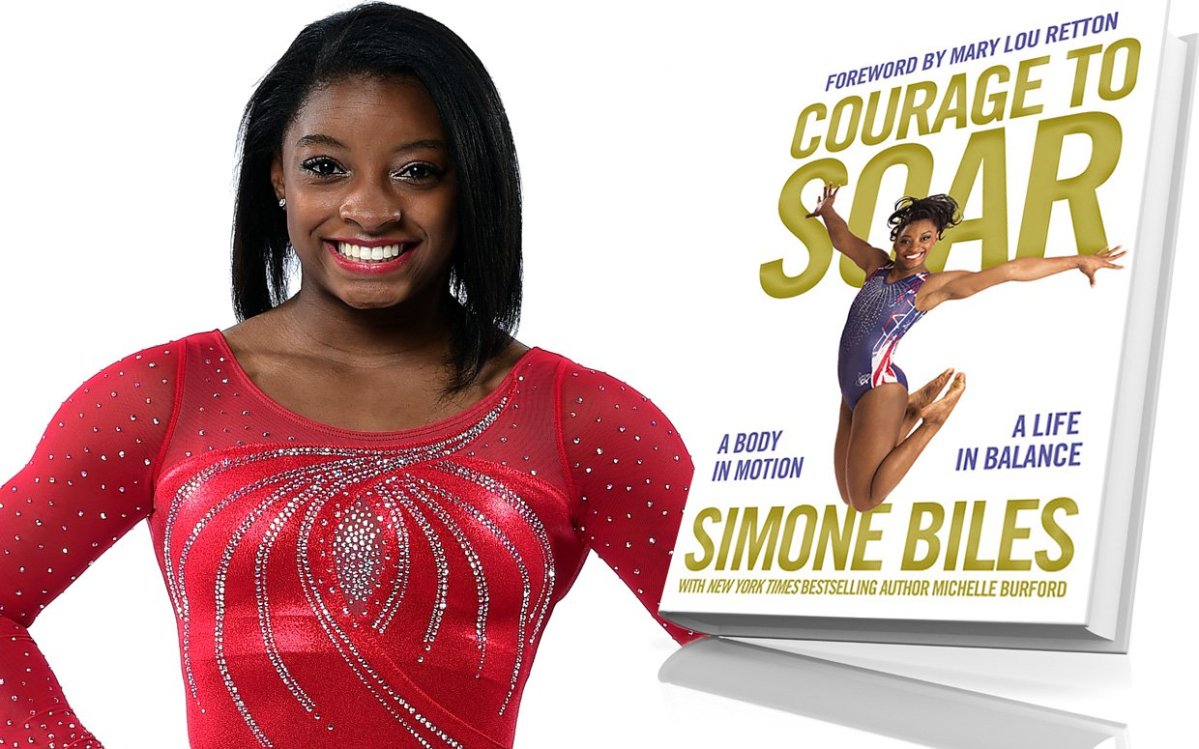 Simone Biles is a name known across the world for her amazing wins in gymnastics during the 2016 Olympics in Rio de Janeiro, Brazil.  The gymnast took home four gold medals and one bronze, becoming the fourth American female gymnast to win five medals in a single Olympics!

But, as every journey, the road to Rio didn’t come without A LOT of sacrifice, hard work, tears, and doubt. Simone detailed it all in her 2016 memoir, Courage to Soar: A Body In Motion, A Life in Balance.  Her life story was so inspiring that Lifetime turned into in a biopic for their network, which turned out pretty great too.

In the book, she vulnerably opened up about her rough childhood and time in foster care, ultimately ending up adopted by her loving grandparents. Simone also found she had a natural gift for gymnastics as a kid. Though she started working in the gym later than most gymnasts with Olympic dreams, it was that natural talent that soon catapulted her above many of the rest.

Watch Simone discuss her book and hard work to get to Rio below!

Like I said though, the journey wasn’t without its struggles. Simone missed out on a lot. Parties, hanging out with her friends, and getting to be just a regular teenager, which often had her torn between wanting gold and wanting to just be normal. She was often mocked by peers for her short but muscular physique, built from countless, grueling hours in the gym, which cut away at her self-esteem at times.

And she definitely had her share of losses on the gym floor. Even after her dedication and years of slaving in the gym, Simone ending up missing being selected for the USA women’s junior team by one spot and was deemed too young to compete in the 2012 Olympics. Losses like that could have broken anyone, and almost broke her. But she rose up anyway, and kept fighting for her purpose in life.

I’m a firm believer in the idea that what’s meant for you is meant for you. You may not ever be a world gymnast like Simone, but each of us has a gift and a life purpose that’s worth fighting for like she did. You may not know what yours is yet, but, with a little self-reflection and questioning, you can definitely figure it out.

Simone truly is an inspiration for us all to have the courage to soar with this great read! I encourage each of you to pick up a copy online or at your local book store.