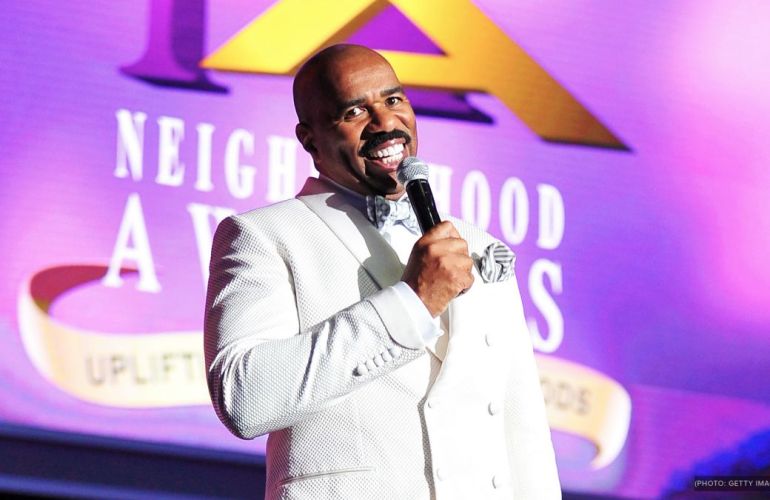 This video from Steve Harvey last year is one that I continually watch, if I’m honest. His impromptu speech during a break at Family Feud encouraged others to take a risk and jump into their life’s purpose. The viral video even spawned a new book and initiative for Steve, helping people to get to their next level of success.

Every now and then, I pull this one up, because, more and more, I’m starting to feel like this is my life. I’ll be honest. Every day that passes, I’m beginning to realize what my true jump is, what I really have to do to be fulfilled in life. But I’m SCARED TO DEATH. I take calculated risks, risks that I can control. Which I guess isn’t a real risk at all.

But the only way that you can really soar is to jump. I recorded a video last week on Snapchat about doing what you’re really passionate about, and not just going to a job every day that you don’t care about. Working for the weekend is not living! That’s existing.

Jumping into your destiny, once you’ve discovered what it is, is jumping into the unknown. Like Steve said, your parachute won’t open all the way when you first take the jump. You probably will hit some bumps along the way, get some cuts and bruises. “But eventually, the parachute has to open,” Steve said. That’s a promise. Another promise, though? If you never jump, your parachute will never open and you’ll never know what you could’ve accomplished or who you could’ve been.

So I’m on the fence right now, or at the edge of the plane looking down, if you will. I’m scared to death of the unknown, but it’s about that time I make my jump.

Are you or have you jumped into your purpose, leaving behind the mundane? What encouragement would you give others like me struggling to make the jump?

4 thoughts on “Words of Wisdom: “You Have to Jump”-Steve Harvey”